Nestled high in a wild alpine expanse, this renovated hut was devised as a place of retreat and connection for its city-dwelling owners.

In the tiny village of Arthur’s Pass, the permanent population sits at around 30. Including holiday homes, the entire village comprises around 50 dwellings. It’s a place rich in history and high in altitude — at 739 metres above sea level; a remote settlement situated directly above an alpine fault line. It’s also within Arthur’s Pass National Park, an area famed for its extensive tramping and skiing opportunities. Approximately two hours’ drive from Christchurch, arriving at Arthur’s Pass is entering a different world — there’s a certain simplicity about it; there’s tea rooms, a DoC ranger station, a camping ground, and a handful of eateries. The community is tight-knit, and the built environment reflects that.

Suffice to say, when architect Jane Peddie’s clients engaged her to design a renovation and a small addition to an original hut, the brief was about being sensitive to the surrounds, the community, and the heritage buildings that are clustered together in this wild expanse. There were difficulties due to its location, so the first decisions were about ease of use and functionality for the builder, who spent a week at a time at the site working on the build.

“We decided early on to minimise materials so he could easily manipulate them on site,” Jane explains. “The original hut was 45m² with a red roof and dark timber cladding — colours tightly associated with the heritage of the area. We decided to retain that palette but in a different way, using red cladding and a darker roof  — Colorsteel Pioneer Red and Grey Friars respectively.”

The original hut had a couple of lean-tos, one housing the bathroom. These were removed and a new lean-to added that doubles as a carport and woodshed, while the bathroom was moved inside the main hut, adding just 15m² to the footprint.

A small deck was added, and the kitchen redone, but the heritage charm remains, both in the exterior and interior, the latter with original hessian walls, carpets, and timber ceilings. The hut itself sits slightly elevated on a concrete platform disguised by local river stones — a nod to the original set-up.

“With frequent snowfall in this area, the river stones serve a dual purpose, concealing the concrete platform and capturing the snowfall, while providing a porous surface through which the snow can melt,” Jane explains.

This is a place of protection and connection. “In winter, large windows and the elevated nature of the hut allow for views in every direction, out towards Avalanche Peak, Mt Aicken, and Mt O’Malley. It feels like you are up in the tree canopy because of that slight height you get with the concrete platform. When you look out and see snow settling on the trees, you get a real sense of being part of the landscape. In summer, the deck comes into its own, offering the same elevated position among the tree canopy.”

Viewed as part of this small cluster of remote huts, it is striking in its juxtaposition to the surrounds, with the red of the cladding set against the vivid green of the national park and the snow-capped mountains beyond, but it also feels entirely appropriate — a small mountain refuge; a place within which to transition between forest and retreat. 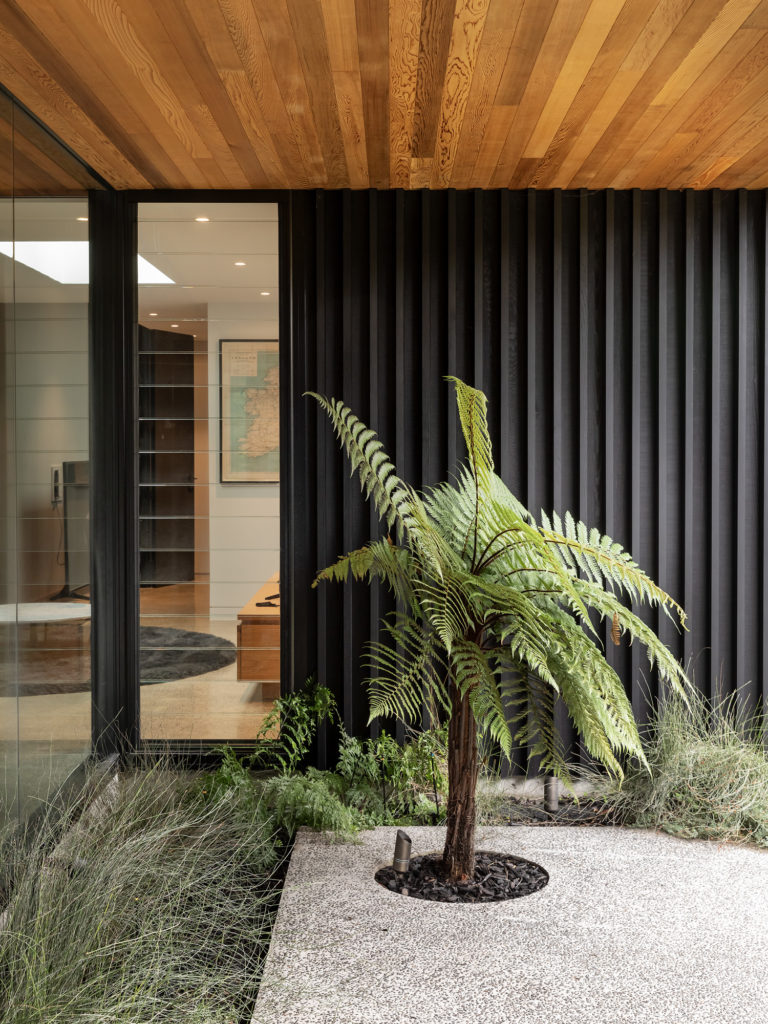 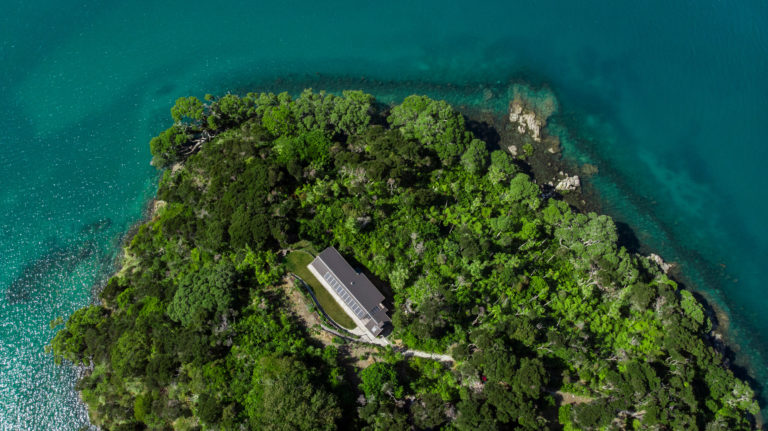