This summer house was designed for entertaining with a view

The brief was simple: Build a summer house high on the hill, away from their perfectly proportioned house, to dine, relax and drink in the views This summer house was designed for entertaining with a view

Brief:
To build a summer house on the highest point of a rural property where views are at their best. Its name wavers between ‘drinking platform’ and ‘altana’. Architect Tom Locke calls it the former, his parents prefer the latter. Either way, it’s the latest addition to the property that Caroline and John Locke bought 20 years ago and have been developing ever since, with outdoor rooms, a boat shed and guest accommodation unfolding as time permits, and often under consultation with their son. Tom designed his parents’ one-bedroom, 65-square-metre house. It was built in 2009 and sits very lightly on their 2.1-hectare property in Waimate North, a small historic settlement in the Far North. A “dream house” wasn’t in their sights – living off the land was the priority, with experiences to be found outdoors. Not to detract from this perfectly proportioned home with its playful courtyard door, but the garden – Caroline’s passion – unfolds in eye-popping fecundity, an Eden-like glory. Plums, pears, apples, tangelos, year-round avocados, greens and more greens – it’s all on. The garden feeds the couple, family and friends, neighbours, whoever comes to the door, and now its lemons and limes make their way into sundowners at the evocatively named altana. A long way from its traditional home – Venice – an altana is a small wooden rooftop deck; a place for ladies to enjoy a drink and bleach their hair in the sun, says Caroline. “We thought it was an apt name for our structure, even though it’s not literally on top of the house.” The rural altana sits at the land’s highest point, on top of the concrete-slab remains of a milking shed, a relic from the property’s dairying days. “From here we get a good view of our maunga, Te Ahu Ahu, the scoria cone beside Lake Omapere in the Kaikohe-Bay of Islands volcanic field,” says Caroline, of the little site that’s a minute’s stroll from her home. “We had begun to sit there with an evening drink and enjoy sunsets when we told Tom we were thinking of building a summer house on the slab,” she says. Out with the old

In Red Beach’s latest retirement village, the archetypal landscaping stalwart – the bowling green – has been thrown out in favour of a whole new philosophy for how seniors want to live out their retirement years.  Boffa Miskell landscape architect Emma Todd says Metlifecare were 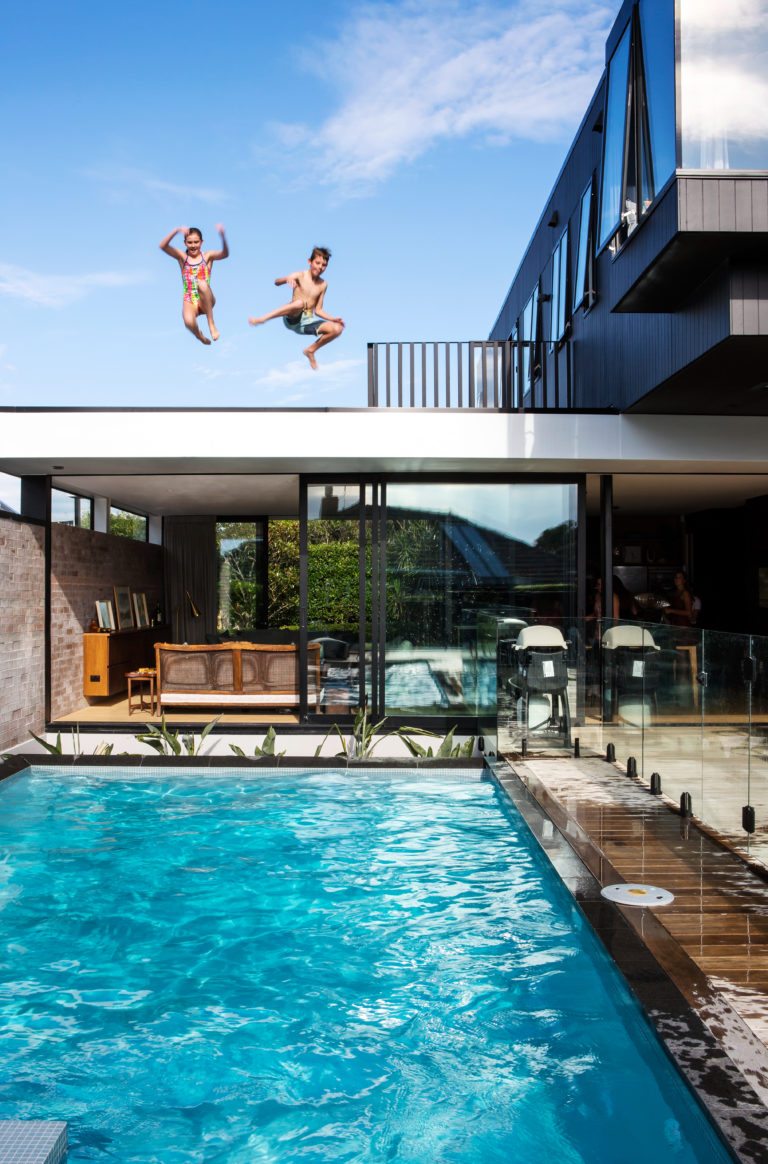 By building a raised pool to sit flush with the living area, this Westmere home’s poorly-used front yard is now the ultimate space for summer Project Pool, spa and pool house Architect Andrew Meiring Location Westmere, Auckland What was the brief from the client? The